Ann Magnuson: If I Ran the Oscars

I love Ann Magnuson and there isn't anyone more perfect to be interviewed about how she would run The Oscars as seen in the LA Weekly here. I like her idea that she'd "make sure that every year, one person in each main category finally gets their 'should've won' Oscar. Ditto for best picture."

I would pick The Misfits for best picture and Montgomery Clift for Best Supporting Actor for portraying Perce Howland. His phone booth scene was done one time and director John Huston didn't want to shoot it again because he knew Clift wouldn't have done it better than that. This is an actor that was thought of as a risk to cast from his reputation as being a mess. Marilyn Monroe is performing her best work in a serious role as a woman having had a lot of romances with men but no soulmate connection to any of them. She had suffered a great deal and her emotions are controlled so beautifully in her role as Roslyn and in Making the Misfits we learn that what he has Gable say to her was Arthur Miller's Valentine to Monroe.

Magnuson says she'd never change the In Memoriam montage, which I completely agree with because the screen time is so important for the deceased. It is the final salute to their career.

Here is my list of those whom I am saddest that we have lost in 2009:
Vic Mizzy, Addams Family composer
Andy Hallett, The Host from Angel
John Hughes, the best director of 1980s teen angst comedies
Ken Ober, former host of MTV's Remote Control
Brittany Murphy, a great actress taken much too young
Patrick Swayze, a dancer and actor who had some of his best comedic moments on SNL with the late Chris Farley
Natasha Richardson, classic and charming actress of theatre and film
Wendy Richard of Are You Being Served... Miss Brahms
Mollie Sugden of Are You Being Served... Mrs. Slocombe
Reg Evans of Are You Being Served... Mr. Cocker (He and his domestic partner Angela Brunton were among 181 or more people killed in a series of bushfires across St. Andrews, Victoria, Australia on February 7, 2009.)
Grandpa Munster Al Lewis
Patrick McGoohan of The Prisoner
Karl Malden, probably one of the best actors next to Brando
Farrah Fawcett, powerful woman and a true star everyone will admire forever
Kim Manners, Producer of shows such as The X-Files
Soupy Sales, he made so many children smile
Ron Asheton, of Iggy & The Stooges
Walter Cronkite, an unforgettable voice in news
Jim Carroll, an unforgettable voice in poetry and music, famous for The Basketball Diaries and the song "All the People Who Died"
Vic Chestnutt
Roland S. Howard of The Birthday Party and his solo work
Lux Interior of The Cramps
J.G. Ballard, a writer who opened our minds to thoughts of deeply disturbing characters
Ted Kennedy, public servant for the people
Les Paul, visionary guitar builder
Sam Butera, played tenor sax with Louis Prima and Keely Smith
Mary Travers, of Peter, Paul and Mary; Puff the Magic Dragon
Michael Jackson, with mixed feelings. He wasn't really living with all the medications he depended on for comfort; shame on the doctors that complied to his wishes.

0 comments Labels: Ann Magnuson, Oscars, The Misfits
Email ThisBlogThis!Share to TwitterShare to FacebookShare to Pinterest
Links to this post

NO FRILLS, NO FRAMES, NO STRINGS ATTACHED!!

Come check out Winston's Bizarre & Beautiful Collage Creations produced over a 33 year period.
(The elderly Winnie himself shall be in attendance, if he can get a ride from his retirement home).

Please Note: This is a ONE-NIGHT-ONLY Event!!

Sangria & Chips! Lots of Art! Lots of Laughs!
No Frills, No Frames, No Strings Attached!
Admission is Free. (All donations gratefully accepted!)
Be there or Be Triangular. 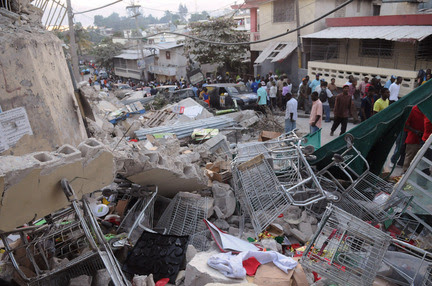 Donations can be made to aid people affected by the magnitude 7.0 earthquake that recently occurred in Haiti. The International Federation of the Red Cross and Red Crescent Societies (IFRC) is taking donations. IFRC is the world's largest humanitarian organization, providing assistance without discrimination as to nationality, race, religious beliefs, class or political opinions. Watch how they help.

WSPA is also working on a way to assist animals affected by the disaster.

Here are ways to help through texting:

Text the word "Yele" to 501501 to donate $5
On behalf of the Yele Foundation, the leading contributor to rebuilding Haiti founded by Wyclef Jean