Full song if you want to hear it in its entirety. Makes me wish for more Metalocalypse, too.

This is an exciting piece of news; James O'Barr and John Bergin restored and published a comic called "IO" originally published by Caliber Press in "Caliber Presents". It is a limited edition so hesitating to buy is mightily discouraged.

Halloween is over until Christmas

There's a new film from Finland, Rare Exports: A Christmas Tale, coming out in time for the holidays that has a gothic-mystery theme to it. See the excellently suspenseful trailer.

Music Choice's Halloween Music is back. They said so on their blog. The first terror tune I heard when I switched to the channel was "Scary Monsters, Super Creeps" by David Bowie. Scores from movies, tv, and obscure songs that only Dr. Demento would spin are haunting the channel throughout Halloween month. It also shows you facts about the season and its rituals. I'm happy to see the channel also play The Kills "Night Train", and The Cramps "I Was a Teenage Werewolf", which you wouldn't get on the alternative channel. I recommend this to all the veiled in black out there needing a refreshing change from their music rut. No cable TV? Listen online.

True Blood is back and I'm on it like it's crack 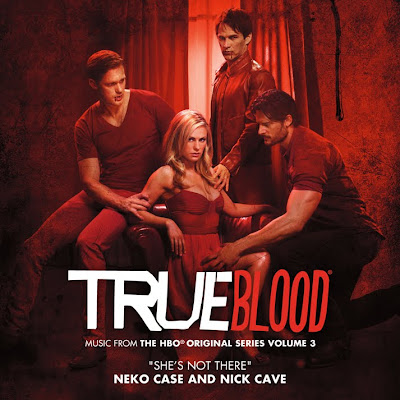 Loving the first two episodes of True Blood, Season 4. I won't spoil it for anyone by talking about it here, but I will share links about it in my reader feed above. Click with caution is all I can say. I do recommend getting HBO for this season's shows. You can even ask a favor of friends who have HBO to lend you their login to watch it HBO Go online. I did this for a friend who is recovering from a surgery and she is really thankful that she has something to keep her mind off her pain.

There's a site that is tracking the songs used in the episodes, so check it out. You can also listen to the cover of "She's Not There," by Neko Case and Nick Cave. It's on iTunes now.

"Scream: The Inside Story" post-airing comments

Wednesday's Korner watched tonight's airing of "Scream: The Inside Story" and gives it very high marks. The back story of Kevin Williamson writing the script over the course of three days in the desert after watching a documentary about the Gainesville Ripper was truly a fascinating story. Williamson being alone while house sitting and being behind on his bills fueled his mind for a fantastic horror story. The producers, 1428 Films, also did well with getting the Scream production team to explain their choices behind the mask and the costume; key details we fans love to uncover.

(read this interview with Lito Velasco, Associate Producer of "Scream: The Inside Story")
Segments throughout "The Inside Story" feature voice actor Roger Jackson. "It's my job to try to scare the hell out of them," states Roger. Following his viewing, he humbly revealed to Wednesday's Korner that he "felt very chuffed" upon hearing what actor/producer/director Eli Roth had to say about his voice work in Scream. Roger Jackson, a longtime fan of Wes Craven's work, is looking forward to seeing Scream 4 at the premiere next week in Hollywood.
Posted by Wednesday's Korner at 11:00:00 PM

"Scream: The Inside Story" airs April 6

Roger Jackson and the rest of the Scream 4 cast as well as Wes Craven were interviewed for the Biography channel for "Scream: The Inside Story." Tune in Wednesday, April 6, for the special episode. A list of future air dates can be found here. There is a facebook page for the episode. See video previews here.

Please help the people of Japan. They have a long way to full recovery. Radiation contamination is going to be a long lasting effect, too.

Dark Shadows remake to have Rick Heinrichs as production designer

Production designer Rick Heinrichs is confirmed to be working on Tim Burton's Dark Shadows movie. Heinrichs has previously worked on 14 projects where he and Tim Burton are both credited in a creative capacity. Dark Shadows crossed with Sleepy Hollow can be a real treat for fans of gothic soap operas.