Film review: Poly Styrene: I Am a Cliché (SF FILM) 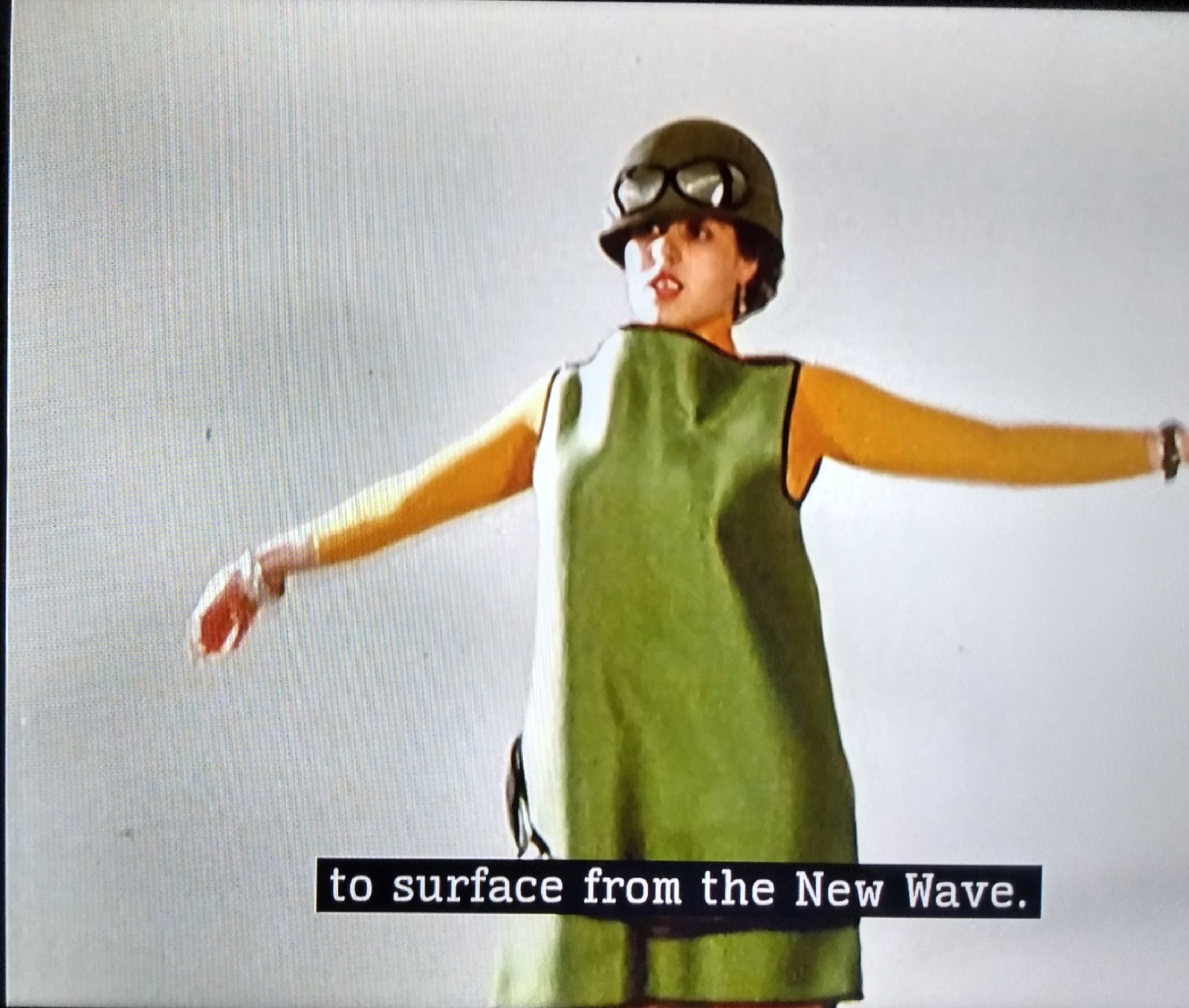 SF FILM festival offered up a documentary in their schedule called Poly Styrene: I Am a Cliché. Sadly, Styrene is no longer with us. She died from breast cancer on April 25, 2011 at the age of 53. She was the lead singer and songwriter in the punk/new wave band X-Ray Spex. Her birth name, Marianne Joan Elliott-Said soon became Poly Styrene after she opened the yellow pages and saw the words. Gosling Way Estate in Vassal, London, UK, was her home but she felt like an outcast all of the time. She was a mixed-race child and was raised by a single mom. Styrene was half Somali/half British.

The doc is narrated by her daughter Celeste Bell, co-directing with Paul Sng and co-written by Celeste and Zoe Howe. Styrene's diary entries (read by Oscar nominee Ruth Negga) along with the footage of Young National Front (YNF) a far-right, fascist political party in the United Kingdom, reveals how people in the UK mistreated mixed-race people; "a threat to [England's] genetic existence." Styrene elaborates on what the half-caste label means. In the end, she sought out how her ancestors really lived. She was seeking a place to belong; she knew too well how it felt like to be treated as an alien in her own country which resulted in writing the song "Identity!" She was looking to carve her own identity as a woman of color trying to get into an industry "run by high-class white men." The narration by Bell and Styrene's sister, Hazel Emmons, is more than insightful. They lived the repression along with Poly/Marion. 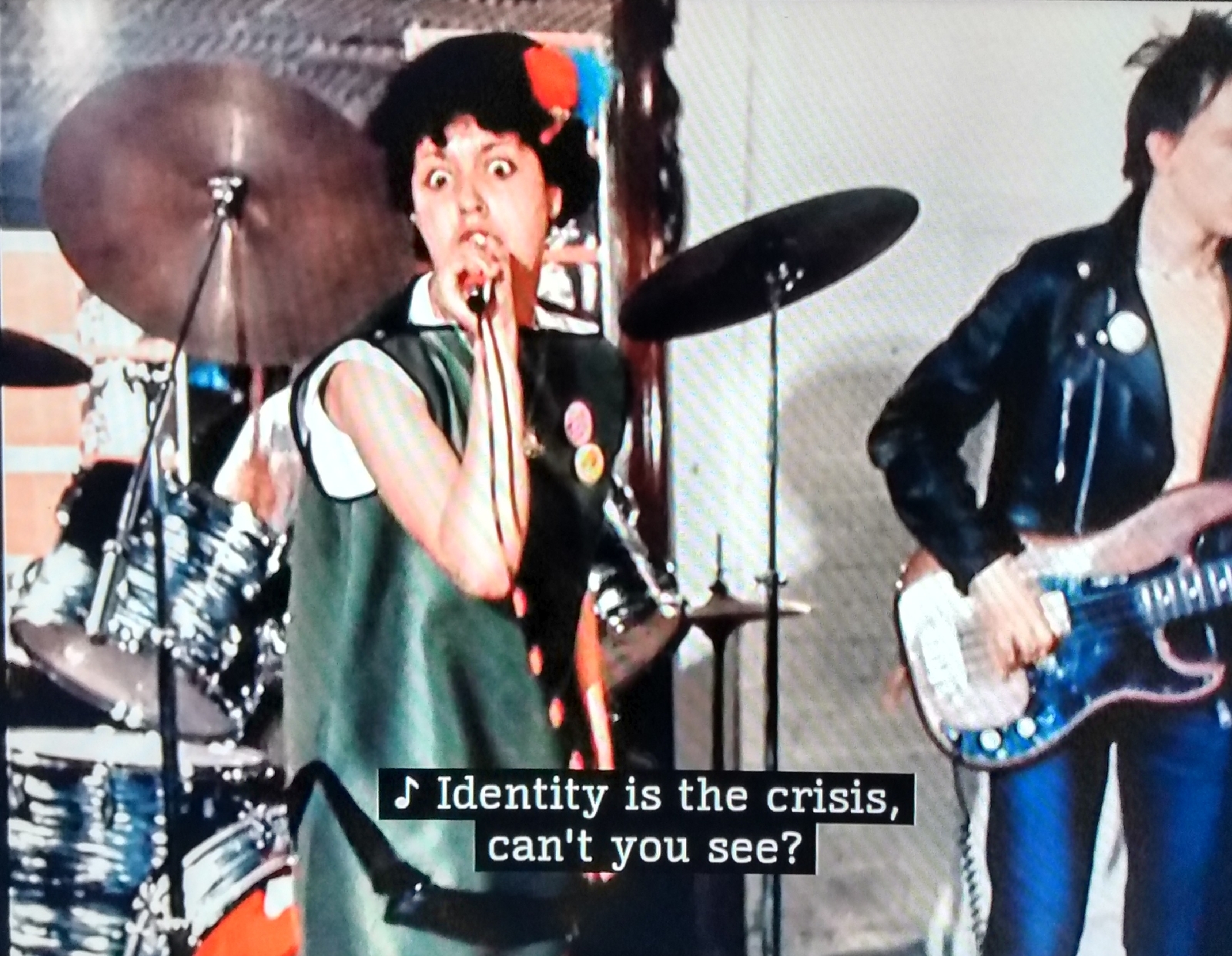 The doc thoroughly explores the song, "Oh, Bondage Up Yours." It was ahead of its time with the concept of men suppressing women from having any power. Poly Styrene: I Am a Cliché delves into Styrene's fashion and vocal technique especially from the perspective of other women vocalists such as Kathleen Hanna and Neneh Cherry and actor Pauline Black, Vivienne Westwood. Women were repressed. She was way ahead of her time. The Tops of the Pops footage and the record cover showing her to be slimmed down; altering her image when nothing was wrong with how she looked just to sell more records. Her voice inspired Neneh Cherry; Styrene was her role model. Cherry started singing because of her. Celeste Bell's perspective was that she was unfazed by people stopping her mom on the street when she was recognized because it was all she knew. Styrene declared that "being famous but broke was the worst of both worlds." She was confident with her looks up until she was recognized; with becoming famous, she became "insecure from the public scrutiny -- insinuating she was unattractive and overweight." 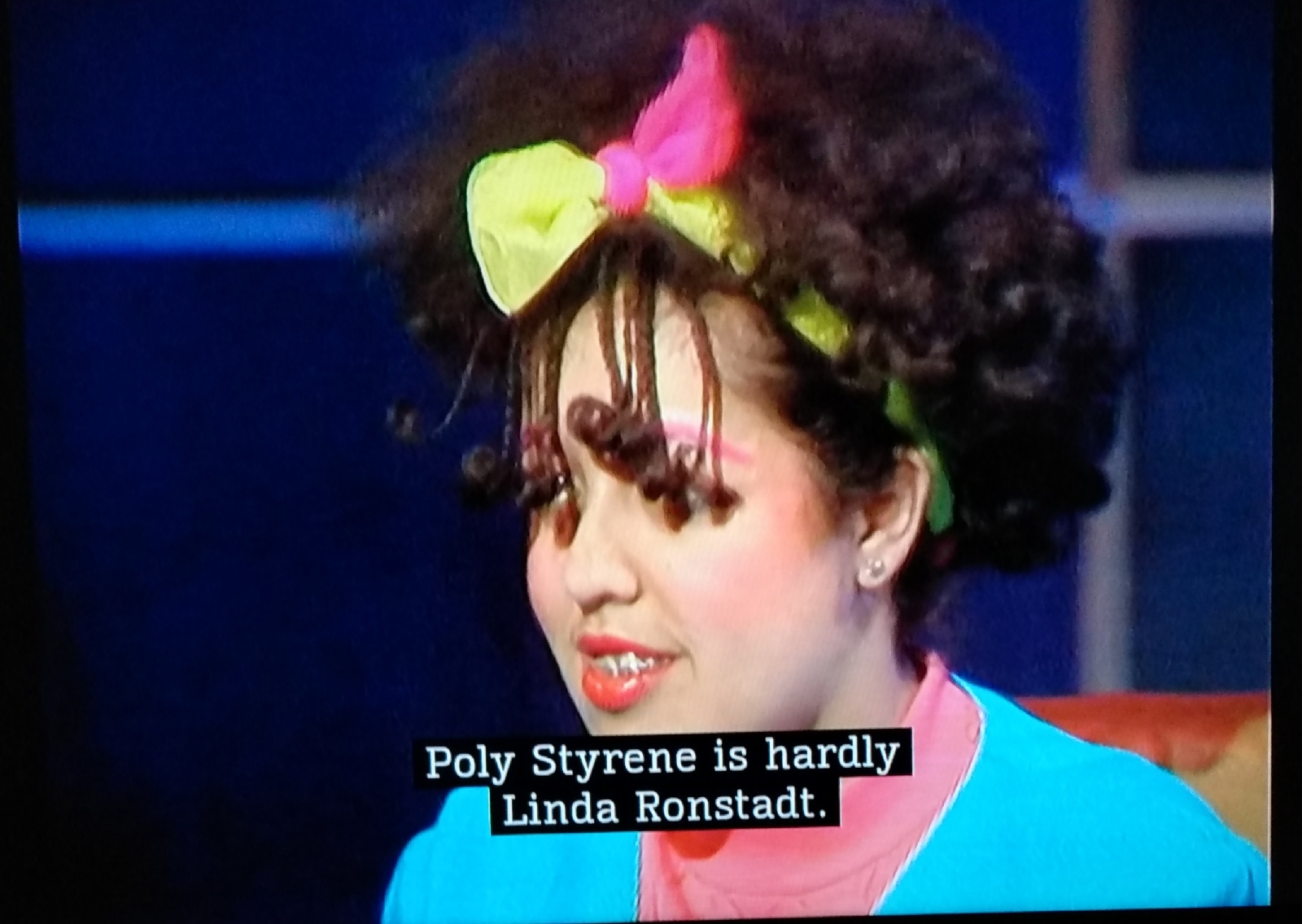 The documentary includes footage of X-Ray Spex's first trip to New York City for a residency at CBGBs  Thurston Moore of Sonic Youth said that this was one of the first new wave, punk bands to visit New York. The tape cassette label date "3/17/1977" offers a perspective about X-Ray Spex on the punk rock timeline. They were influencers before it was as known today in social media. Paul Weller of the Jam and Debbie Harry of Blondie both were in the front row cheering the band. Styrene even-handed Thurston Moore the microphone and it was like an initiation when he got to sing "Oh Bondage Up Yours." Styrene had never been exposed to the level of capitalism that she observed in the first visit to New York. She just saw everything as plastic and questioned everything after seeing all the consumerism, which impacted her creative choices. Fame was creating a lifestyle and she hated the artifice of the music industry. She had acquired a dystopian view of the future. "Burgers will be cruelty-free veggie rubber buns." She saw a lot of the dark side of New York City. The party scene was more caustic than it was in the British scene. Her insecurities about how people treated her was an additional pressure with which she struggled mentally daily. Saying, "It isn't normal for people to be surrounded by people telling you that you're great." She had to find a way to be authentic to herself and be Marion Elliott again. She was misdiagnosed with schizophrenia when she really had bipolar disorder. Maudsley Hospital became her new home until she discovered Gaudiya Vaishnavism aka the Hare Krishna movement; Hinduism.

SF Film's Q&A follows with filmmakers. Overall, as a fan who knows mostly X-Ray Spex music and little about its members, the documentary was very eye-opening. The filmmakers' intent was to keep their focus on making an intimate story about a mother and daughter. They succeeded in doing that, plus go check out the book about Poly Styrene, Dayglo!: The Poly Styrene Story, it precedes the making of the documentary.