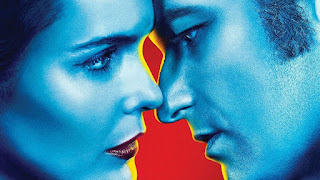 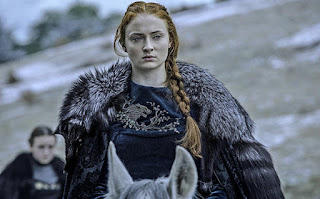 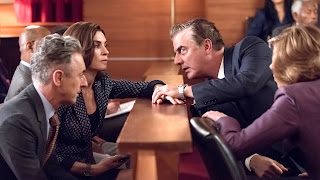 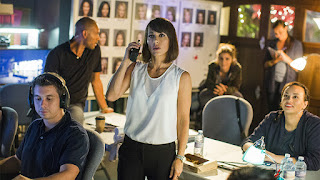 Teechip Baits You and Scams You

"A special design for all the true fans! (lb.1))" -- was the title of the Teechip sponsored ad that appeared in my newsfeed soon after I loaded Facebook 13 days ago. I was using my tablet, which doesn't have the ad blocker feature that I use in a browser on my laptop. If I hadn't seen that ad, I wouldn't have made a mistake of buying the product. I filed a claim and their response was typical of what I've read others have received in filing a claim:


We have reviewed your claim and unfortunately we will be unable to offer you compensation for the following reason(s):
We were able to confirm that the artwork printed is the artwork advertised. Per our Terms of Service, we are only able to send replacements for items that are materially flawed. This is a result of our products being custom-printed and unique to each campaign. As the product does not deviate from what was advertised we do not consider your received item materially flawed. Please see the attached image detailing the advertised campaign.
Your claim has now been closed. We apologize that there is nothing more we can do at this time. Please let us know if you have any other questions, and we hope to see you on TeeChip again soon!

Do you think that the attached image they used (without my markup, below right) with the item I received (below left, without markup) deviates from what was advertised? (click the image to pop open a larger photo):

The artist who created the design in photoshop should not be blamed for what Teechip is sending out. They have a facility assigned to do the printing of the art onto the merchandise. The artist, indeed, has their own page on etsy.com and posted a photo of a print of this same design that got framed by the buyer.

There are two Facebook pages that show other disappointed comments for different merchandise than the above. Teechip is a Scam and Shame on Teechip. Teechip's claims rep is intentionally vague in saying, in his request for an additional photo from me, after my initial photo in filing a claim, "This way I can see if the facility made any errors." Plus, Teechip uses such a flawed and vague Terms and Conditions language:

Because of the customized nature of Products, we do not allow cancellations, refunds, or exchanges. If, upon receipt of your finished Product, you feel that your order was incorrect due to an error on our part, please email us within fourteen (14) days of your delivery date. Claims are handled on a case-by-case basis.

Clearly, the facility is not able to handle any graphic and accurately print it without a high contrast, i.e., making the blacks intensely black and the whites washed out. The company lacks any transparency on the process. If it isn't a facility's fault, then who is responsible for the quality assurance?

According to the Better Business Bureau:


On at least one occasion, BBB sent mail to this company in an attempt to develop a report. The mail was returned by the Post Office; therefore a complete BBB report at this time is unavailable. If you have information that would assist your BBB in developing a report, please speak with a BBB service advisor.

If you were wronged, do what I did, which is dispute the charge on the card with your credit card provider. If you paid with Paypal, do the same. My dispute is in process with my credit card provider. Do this as soon as you can so that you can get your money back. I paid $21 and change for the mug and the shipping charges. It is the principle that they scammed me and are scamming others. EDIT (8/1/2016) I received a refund from the vendor Teechip within three days of posting this blog.

Please go to the petition below to help get the word to Facebook that Teechip should no longer use Facebook's site to advertise, and that they should be banned from Facebook.


Chris Pine as Capt. Kirk in the Star Trek movies bores me to death. He has two ways to react: normal voice and excited because he's in danger voice. I'm actually quite surprised he is credited as playing these two characters in this Crackle web series, created by Robot Chicken's Matthew Senreich and Zeb Wells. Props to the show for landing some excellent special guest voices who may also deserve the nomination. The late Anton Yelchin plays Dudley, Black Saturn's little brother in the episode "Unfortunate Son".
The multi-talented Keegan-Michael Key gets this well-deserved nomination for playing two key characters in this episode.

Key's previous voice character work in other animated shows, including BoJack Horseman and Archer, needs to be taken into consideration when voting for this category. He has been previously nominated for several other Emmy Awards for Key and Peele.

The competition that Key faces is Seth MacFarlane for "Family Guy". MacFarlane previously won in 2002 for voice-over performance, and later was nominated in 2009, 2013, 2014, and 2015. Trey Parker and Matt Stone each have not been previously nominated for voice for "South Park", but have won previously for Outstanding Animated Program.

I hope Keegan wins this time and we continue to see more episodes of "SuperMansion" on Crackle.
Posted by Wednesday's Korner at 11:16:00 AM