Joe Jackson plugging his label... no way, shut up!??? Yup, I watched him do it on the red carpet, too.

Whether people are sad or not about Michael Jackson suddenly dying before his 50-date concert event, no one seems to ponder for a minute that fans and his family would have been traumatized at seeing him collapse to his death on stage while performing. The media would have gotten hold of footage of it and endlessly replay it to the horror of the family and young fans.

Rolling Stone magazine blogged the new rehearsal images where you can tell from the light shining silhouetting the dark shirt under the yellow sleeves (possibly the sleeves were tailored for his ease of movement) how painfully thin Jackson was and couldn't have weighed more than 120-130 lbs. at 5'10".

In addition, I'm guessing that he had been on and off addicted to pain killers that were prescribed following his surgeries. Anyone withdrawing from pain meds will go through headaches, vomiting and diarrhea, which can account for significant weight loss. Following withdrawal, you may feel well, but putting your body through perspiring and daily heightened physical activity while being 50 years old... the heart just cannot take it unless it is closely monitored every day and the person is eating and hydrating enough to withstand the calories they're burning and the fluids that they're losing.

No one is talking about whether or not he had his vitiligo condition dealt with via depigmentation therapy with Monobenzyl Ether of Hydroquinone. It is applied topically for lightening the skin, killing the melanocytes. Side effects are skin irritation and inflammation, however its ingredients are found in disinfectants, germicides, condoms and rubber aprons. Just makes you wonder how the body can tolerate these chemicals along with repetitive use of anesthetics for cosmetic surgery.

I listened to Art Bell on Coast to Coast AM on Friday night and he said that he never would have revealed this info while Jackson was alive, but he was living in Pahrump, NV, up until recently. It makes sense that Pahrump would be a secluded and sparsely populated town to hide out, but also the dry climate is better for people who have health problems including muscle aches and aching bones or sore joints. It is a little over an hour between Pahrump and Las Vegas and he could have retained the doctor, who is based out of Las Vegas, and who was with him when he died, while he was living in Pahrump.

While I hear the media speculate on whether or not he was given meds in the 24 hours leading up to his death, no one is mentioning how much we learned about prescription drug abuse from Heath Ledger's accidental overdose.

If Jackson was given any prescriptions to treat anxiety, aching muscles, and insomnia, the "cocktail mix" of these medicines even at prescribed dosages could be intolerable for someone with no food in their stomach and for someone with a lightweight build. Breathing will slow first. Without lung function, the heart slows and then stops. Why individuals are not able to be resuscitated could be because the toxicity level was far greater than understood before CPR is administered.

His entire life is a duality of great success and a very long, sad story. I am not re-watching the rebroadcast of "Living with Michael Jackson" story that aired in 2003. It's too difficult to watch him feed Blanket aka Prince Michael II while his legs are shaking the baby on his lap. Jackson hated this documentary. I hope the family finds closure soon and that the media finds some way to evolve past the scandals (the media never will, but I can hope). I choose to enjoy the pre-90s era of his career because I can appreciate the effects and influence his dance and music had on many pop and non-pop artists to follow. His use of costume in his changing image and his media stunts have all been repeated but never could be duplicated. I did tear up at seeing an emotional Janet Jackson followed by Jamie Foxx and Ne-Yo's duet of "I'll Be There." 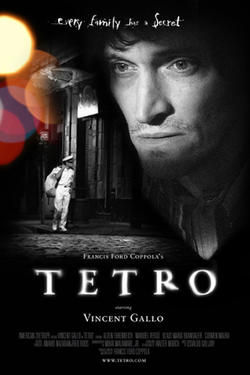 It's not really a "Wednesday" type of movie, but Tetro will be presented with a Q&A to follow by Francis Ford Coppola on Friday, June 26, 2009 at 7:30pm at the Sundance Kabuki in San Francisco.

A while back I posted about Twitter. Today I read a new article relating to the nonsense people choose or not choose to read from their tweeting friends. The entire left panel of this article lists the DOs and DON'Ts. I especially agree with "DONT: Tweet like some celebs"... EXACTLY: They don't know how to write!... They leave out crucial facts. One wonders if there will be a revolution from this instant message madness where Twitter and Facebook accounts will require the "joiner" to write a complete sentence that makes sense and actually contains something of substance in less than 15 seconds.

Three months ago I wrote this below entry about "Dollhouse" and I want to state here that I'm glad I stuck with it and that Fox is sticking with it!

original post on 3/10/09 at 6:26PM
This is an excellent conversation that Joss Whedon has with NPR's David Bianculli about his new show "Dollhouse" which airs on Fox on Friday nights.

Watching the first four episodes of "Dollhouse" I am not sold on it, but I'm sticking with it. I was eager to love it, but then the constant flesh-sploitation of the women characters was a turn off for me. I care more about what's often going on with the characters that have two lines such as Amy Acker's Claire Saunders.

The interview also extensively covers Dr. Horrible's Sing-Along Blog with samples of the musical commentary that can be found on DVD as an audio commentary musical track.

my random tangent in email form for anyone to read

First, can you believe this Letterman b.s. about her calling him a pervert... omg

Despite the obvious fact that This Mortal Coil took cover songs seriously first, I might spend time listening to the band Nouvelle Vague; currently on tour. Listening to their bossa nova version of "Too drunk to fuck" is pretty genius IMO. I actually like some of it like the one called "All My Colors" with Ian Mculloch or the one called "So Lonely"; ska version of "Ca Plan Pour Moi". I like it more when I don't know the original... don't like "Our lips are sealed".

"...the songs are also inspired by country music and bluegrass. For this is what they do best; they take the songs that you adore and make you fall in love with them all over again"
yea, I feel like a latecomer to this but I'm just not as focused on music at the moment. Paris, the city, is coming up a lot. I started translating an Enki Bilal book from French to English, a book that was released last March only in French. I'm getting help from someone through email communication. She volunteered through reading about my quest on my blog. We went through one round of exchanges.

I wrote to the President about Art Bell's immigration case. I wrote a very intelligent letter on the web contact form. I think I will send a formal typed letter snail mail, too. It really sucks for Art.

It is very TV Funhouse-like to use live animals so in a way it is a nod to Robert Smigel's twisted sense of humor except the sketch is missing the puppet characters. Andy Samberg is a perfect soundalike and lookalik to Mark Wahlberg.

I found this and remembered that I loved it the first time and I love it even more now! It's made by the Dudes aka The Lonely Island

If you are a filmmaker or graphic artist turning art into film, listen to artist/musician/filmmaker John Bergin being interviewed on Spoiler Alert Radio. It covers a great deal about his work including his making of the movie From Inside.